Nihil Sine Deo – Nothing without God 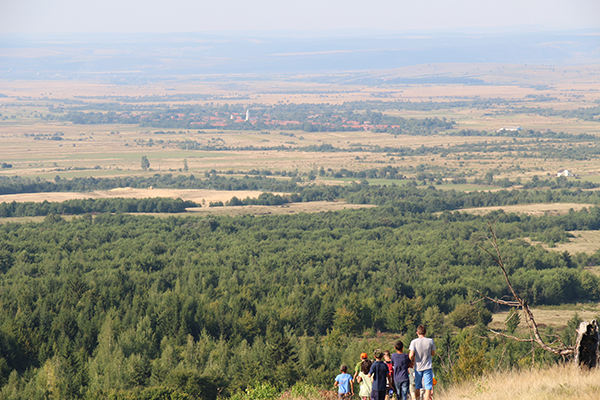 Romania is a country with a population of approximately 19 million. It has an area of almost 240,000 square kilometers (92,000 sq miles). Romania is a beautiful country with a multitude of beautiful mountains, hills, plains and rivers. From the flat terrain by the Black sea and the flat fields in the southern part of the country to the high mountains of Fagaras, the beauty of nature is astonishing.

Major places to visit in Romania:

Fagaras Mountains – maximum height 2,544 meters (8,346 feet). Balea Lake is a desired location to visit due to the beauty of the mountains and a glacier lake. From late fall until late spring an ice hotel can be visited at Balea Lake.

In the center of the country there are many other major places of interest. One of the most known and visited places is Bran Castle (aka. Dracula’s Castle). People all over the world come to visit the castle and the connection with the legend. Sighisoara is a medieval town being the only livable fortress in Eastern Europe.

Romania has a vast history.

Romania has gone through periods of economic success and poverty. For the past 100 years it has gone through various political stages – from monarchy to republic. In 1989, Romania became a democratic country by the will of the people who revolted against the communist regime.

Most people in Romania are "Orthodox Christians," with a nominal percentage of 86.45% (2011). The "Evangelical believers" represent only 2.75% from the total population of Romania.

People of Romania are very hospitable to foreigners and enjoy interacting with new people.

Even though Romania went through a period of economic growth, there still is quite a high population struggling with poverty. Romania still places on the top of the lists measuring the risk of poverty rate in Europe. One of the major factors influencing the poverty rate is lack of education or accessibility to education in rural areas especially.